Although women had by the time of WW1 started to be seen more in the workplace, in war art they were often excluded. The job of portraying battle has, traditionally, been seen as a male preserve. Women have, since the turn of the 20th century, been interpreting and illustrating war, casting a fascinating light on the forgotten social, industrial and personal histories born from conflict which are invaluable in fleshing out a fuller picture of the human cost of war. The fact that women war artists did play a crucial role has been air-brushed from history. Few would be able to name a female counterpart to a well-known artist like Paul Nash. There are many reasons for this, for the better part, women artists were working unofficially, so their work was not censored in the same way as the male artists who worked in an official capacity. It was also regarded as indecent for women to be witnessing war from the brutality of the front, even though many worked in hospital wards and drove ambulance vans.

Women with some artistic training were sneaking sketchpads into factories, without permission, depicting the civilian population contributing to the war effort, while others drew street scenes that captured air raids, shelters; sometimes these were comical or bittersweet images, at other times, shocking and violent. This work would have been considered dangerous and illicit had the authorities known about it, as imagery around war was tightly controlled for fear that it would used as negative propaganda.

In an effort to bring these extraordinary, yet forgotten, female artists to public attention, in 2011 the Imperial War Museum in London staged a comprehensive exhibition on the subject of women as eye-witnesses, participants, and officially commissioned recorders of war, entitled Women War Artists.

It’s often misunderstood what the role of the war artist is it encompasses far more than battle scenes or life at the frontline. The artists’ creative responses to all aspects of war as seen and experienced by ordinary people, civilians as well as servicemen and women was shown much more deeply by female war artists. Women who found themselves in the war zones were producing images unofficially, without the permission of the government in the First and Second World Wars and they also entered male workplaces in order to draw them, which was a very radical and brave thing to do during those times. But these strong women were determined, that even without government aegis they would record what they saw. Olive Mudie-Cooke, a trained artist who was driving ambulances for the British Red Cross in France from 1916, was one such woman. The images she produced departed from the official art as they featured hospital and auxiliary staff.

However, the Women’s Work Sub-Committee, which had been set up to record the varied contributions of women to the war effort did commission ten female artists. The Women’s Work Collection was a unique resource for anyone interested in the experiences and role of women during the First World War. It was accrued largely between 1917 and 1920 and originally included art, models, documents, uniforms, badges, books, photographs and memorabilia of every variety. The Imperial War Museum opened officially in 1917 and this collection formed its main body of work. Plans were put in place to ensure that the role of women would be recognised and recorded from its very beginnings. Which may seem surprisingly forward- thinking but perhaps is indicative of how the role of women in society was one of the dominant social issues of the day. In the years preceding the First World War, the campaign for women’s suffrage had intensified. As well as campaigning for the vote, many women wanted recognition and acceptance that they could and should have a greater role to play in public life. The outbreak of war in 1914 provided women with an outlet to demonstrate their capabilities in public office or in the workplace.

In December 1918, Millicent Garrett Fawcett declared ‘we cannot forget what our men have done during the war, but we must not forget either what the women have done, and we must be as ready to give them their chance as we are to help the men who come back.’

At the start of the Second World War, women artists were given more leeway after the WAAC, the government’s War Artists Advisory Committee was set up in 1939, but there were still grave imbalances. More than 400 artists were involved and only 52 of whom were women, the latter receiving fewer and shorter commissions, lower pay and far less publicity. Only two women were given overseas commissions but only one, Evelyn Dunbar, was entrusted with a salaried position, and both were allowed to travel abroad only after the fighting had ended.

A female artist given an overseas commission in the 1940s was Dame Laura Knight. At the time she was painting, women auxiliaries had become more common, although female involvement in combat was strictly prohibited. Corporal Daphne Pearson, a member of the Women’s Auxiliary Air Force WAAF, sat for a portrait by Knight and revealed in a letter to her mother that the artist originally painted her with a rifle. But the final painting features her brandishing a respirator instead of the weapon.

Ethel Gabain was one of the first artists commissioned by the WAAC in early 1940 and she worked across the country, mainly focusing on detailed portraits of people. Her work also included women employed in many of the auxiliary services. The WAAC commissioned a series of paintings of women who had taken over the jobs of the men who had been called up to the services, ironically using mainly male artists.

Louisa Puller was an artist who worked for the project funded by the Pilgrim Trust to Record the Changing Face of Britain, which was to record the rapidly changing countryside and urban landscapes of Britain in the 1940s. Social realities on the home front were being presented more robustly the 1940s and this was due in a large part to the women artists.

The British Red Cross had commissioned Doris Zinkeisen to reflect their work in Europe in the 1940s, and she produced Human Laundry, a stark, searing image of the liberation of Bergen-Belsen concentration camp’s starving survivors.

In 1945 an artist called Mary Kessell was sent to Germany. By the time she arrived, the war was over but she created memorably intense charcoal drawings of homeless women and children in Berlin, as well as the destruction of Hamburg.

The question of how female war-artists chose to represent ordinary working women during these decades is an interesting one. Images of women on the home front were not always “feminist” in the modern sense; some adopted the style of their older male counterparts while others painted women in stereotypically glamorised incarnations, even in factory scenes which, in reality, would have been sweaty places of industry. So even female artists were to play a role in the war time propaganda.

In recent times we have discovered much of the contribution of woman during the wars, that had been unknown previously, like Bletchley Park. These forward- thinking, talented women give us a larger picture, not more emotional but more human of the history of the time and they deserve our gratitude for doing this. 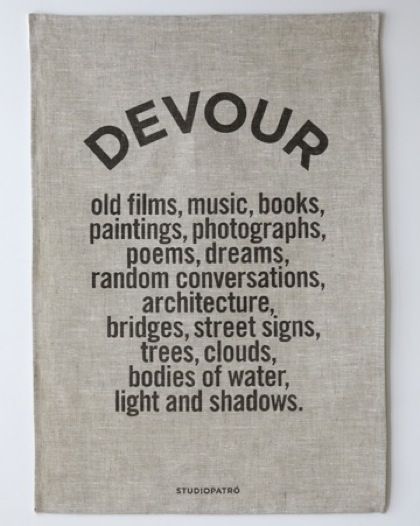 Words and Pictures from the Middle East